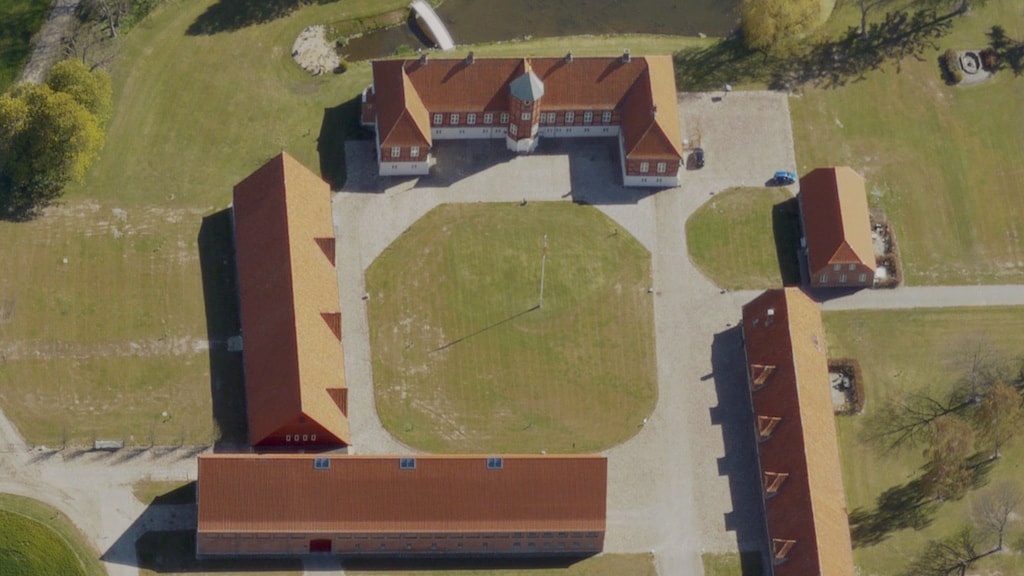 The manor Hovedstrup (later Rodsteenseje) was first mentioned in the early 14th century and remained privately owned until 1481 where it became a part of the royal Åkjær Manor. In 1660, after Denmark lost a bloody war to Sweden, Joachim Gersdorff was handed over a lot of land in eastern Jutland including Åkjær Manor and Rodsteenseje as a replacement for land he lost in southern Sweden. Gersdorff died in 1661 and the estate was split between nine heirs. Rodsteenseje was allotted to the daughter Sophie Amalie who married Admiral Rodsteen.

The new owners changed the name to Rodsteenseje. In 1681 they built the current main building. It is a half-timbered three-winged building of one floor above a tall basement with granite boulder walls. In the middle of the 18th century the owner added a tower on the courtyard side of the main building.
The farm building are mostly built after a destructive fire in 1918.

Rodsteenseje stayed in the family until 1817, and in 1835 it was auctioned and sold to Otto Valdemar Hagemann and then switched owners quite frequently. The manor is placed in the southeastern outskirts of Odder, and its presence and changing owners has had a significant impact on the development of Odder.

The famous Danish writer Steen Steensen Blicher lived here while he leased a vicarage in Randlev.

The main building and farm building from the start of the 20th century are very well-kept.

Rodsteenseje is once again a part of Åkjær Manor since the current owner Koed-Jørgensen bought it in 2011.

See all in this area